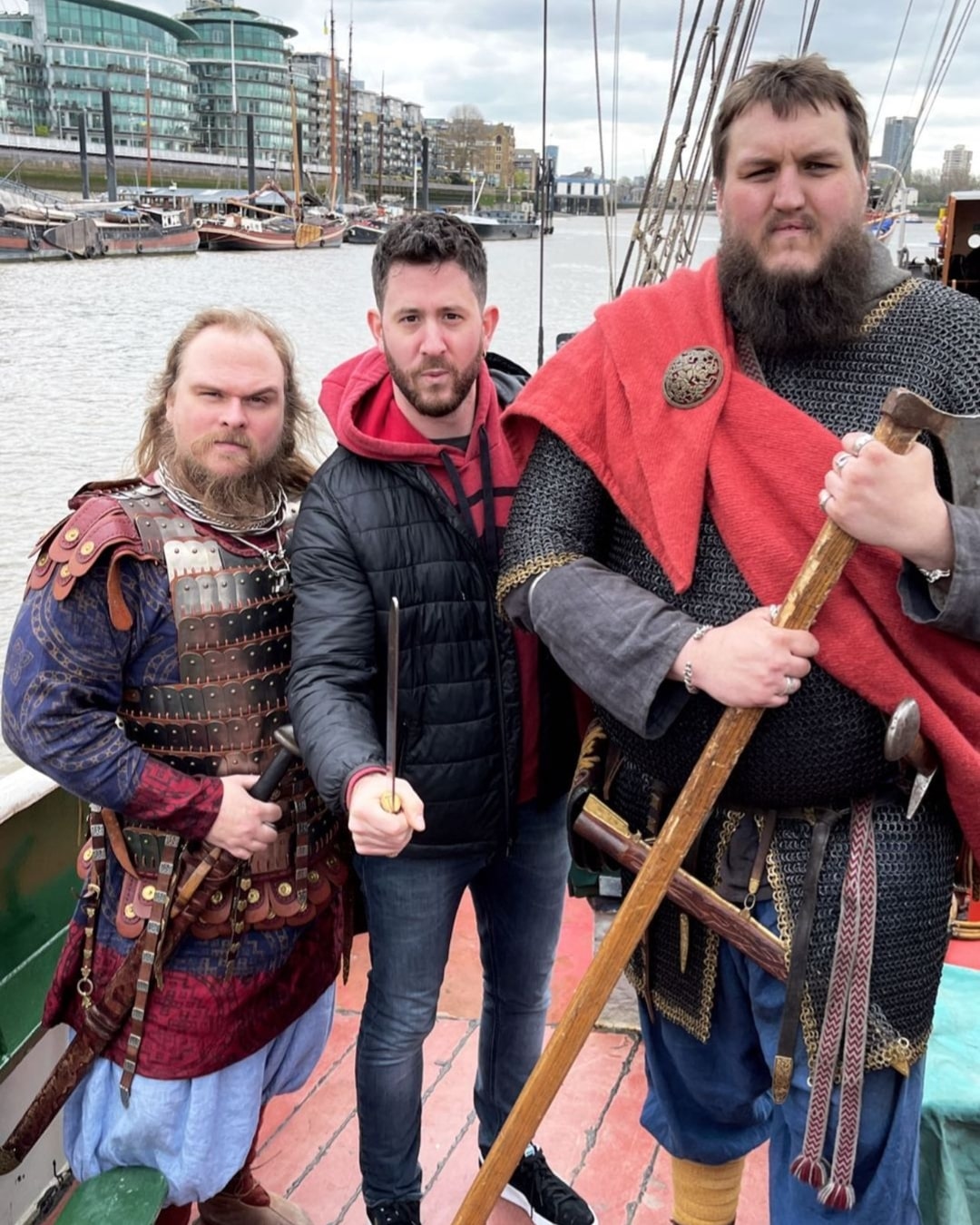 We was fortunate enough to visit the docks of London this week to help promote the new Northman movie.

So in timely style we was contacted and honoured to work for them! It certainly breaks up the monotomy of Viking Reenactment fighting! The wonderful day out was marked by a fantastic moment as we sailed up the thames explaining and orating the viking history of London. The day finished off as us humble vikings was swept underneath tower bridge, telling the tale of why London bridge did indeed fall down!

To portray viking relevance to the film, two types of Viking genre’s were portrayed, namely a Huscarl from Gjermundbu Norway, and a Rus Viking who had served in The Varangian guard, both quite imperative to the storyline of The Northman movie.

If you’d like to see the Trailer check out this awesome film here!

The Northman is a 2022 epic historical fiction action film directed by Robert Eggers, and co-written by Eggers and Sjón. Based on the legend of Amleth, the film stars Alexander Skarsgård, Nicole Kidman, Claes Bang, Anya Taylor-Joy, Ethan Hawke, Björk, and Willem Dafoe. Filming took place from August to December 2020 in locations throughout Ireland.

The Northman had its world premiere in Stockholm on March 28, 2022, and is scheduled to be released in the United States on April 22, 2022, by Focus Features. It was acclaimed by critics, with particular praise aimed at its direction, production values, atmosphere, and the performances of the cast.